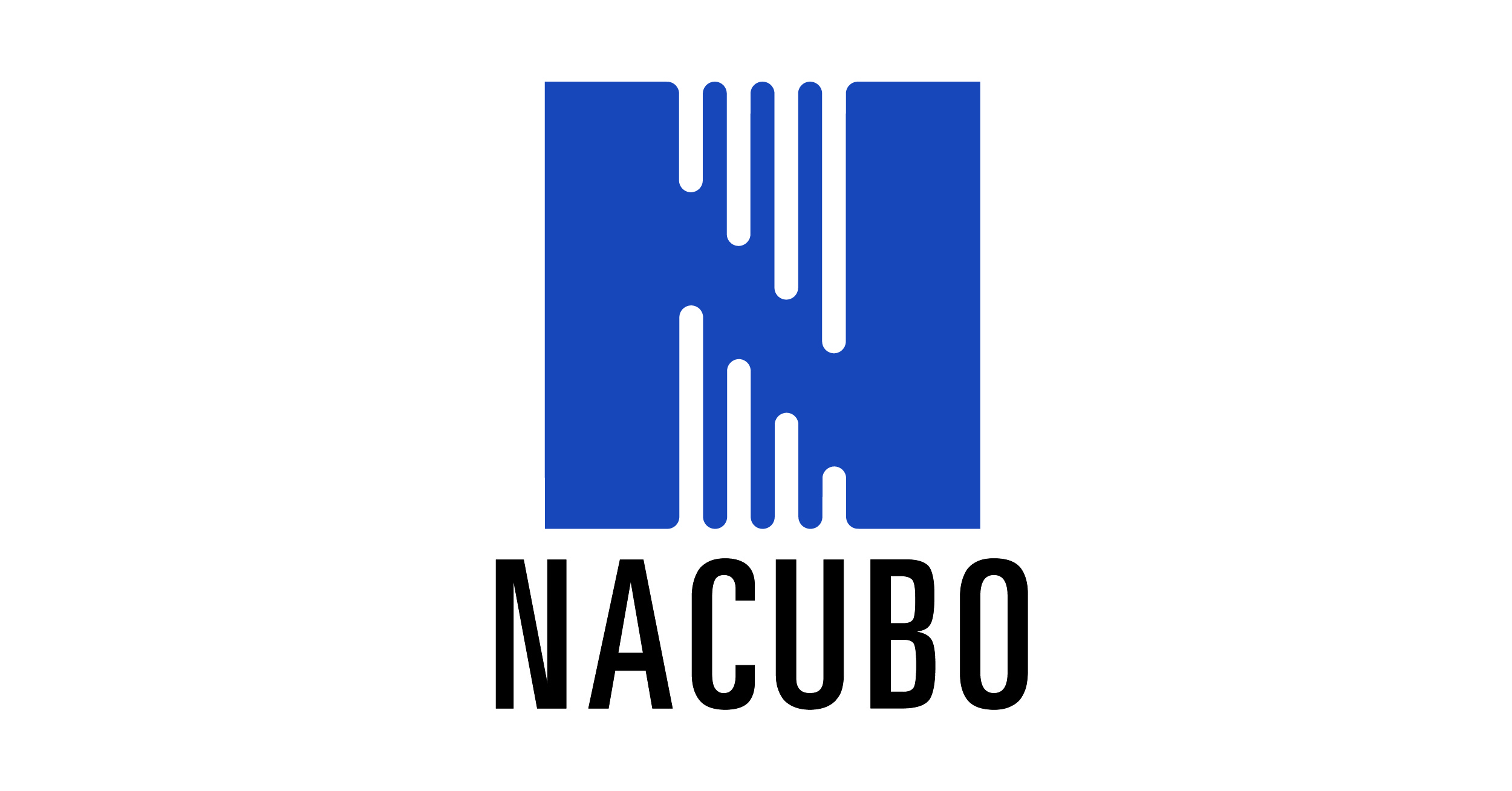 Against the backdrop of mounting criticism over rising higher education costs, college and university business officers are looking for creative ways to cut those costs. For many, the area of escalating employee health­care prices is an ideal place to start. Across the country, several groups of higher education institutions have joined to form health insurance consortia, working together to provide benefits to their employees at a fraction of the cost they once paid individually.

"With the rising costs of higher education, anything we can do to lower that cost is important," says Tracy Hassett, CEO and president of edHEALTH, a health insurance collaborative launched in 2013 by 11 colleges and universities in the Boston area. "And working together to provide health insurance for employees is significantly lowering costs for the institutions participating in the program."

Through EdHEALTH and other similar health insurance consortia, institutions are weathering the current challenges of providing health­care benefits and yielding positive bottom-line results. For instance, in its first two years of existence, edHEALTH has saved its participating institutions more than $10 million compared to the health insurance costs they were incurring before.

Since the Affordable Care Act (ACA), also known as ObamaCare, was signed into law in 2010, the business of health care and health insurance has changed significantly. For higher education consortia, the new regulations have presented both disadvantages and advantages. On the negative side, the regulations bring more cost and changing rules. New taxes.

In Florida, the Independent Colleges and Universities Benefits Association Inc. (ICUBA) was organized in 2002 as a multiple employer welfare arrangement (MEWA), which classifies it as a 501(c)(9) organization for tax filing purposes. At the time, MEWA was the only legal entity available to such a group—but with the passage of the ACA came a new permanent tax on organizations set up this way. While many health benefits consortia are not subject to the new tax described in Provision 9010 of the ACA, "because we are set up as a MEWA, we have that tax, which is about 1 percent each year," says Mark Weinstein, ICUBA's president and CEO.

Time consuming complications. In addition to new taxes, the ACA has caused other headaches for the organization as well. The lengthy debate about whether employers must be required to cover emergency contraceptives, which is controversial for many participating private universities, has taken much time and many resources away from other initiatives. "And the additional reporting requirements due this month have taken away valuable resources from doing other things," Weinstein says. "Our employer members have a lot to do that they didn't have to do before."

At the Collegiate Association Resource of the Southwest (CARES), a health insurance consortium of three colleges and universities in Texas, ACA compliance—and the time and costs associated with it—is one of the greatest challenges the organization faces. "Like everyone else, CARES is spending more and more time on its compliance efforts and more money on taxes and fees," says Scott Kiedaisch, executive director of CARES. "We are trying to educate not only ourselves but also our participants, and strategizing for future solutions, for example, to mitigate the effects of the Cadillac tax."

Many edHEALTH members have saved money by transitioning from fully-insured status to self-­insurance. On the other hand, the consortia have been able to mitigate some of the regulatory burden.

Tax avoidance. While many of the ACA regulations represent "good health­care practice" that ICUBA already followed, requirements continue to change, Weinstein says. For instance, in 2018, the so-called Cadillac tax is scheduled to take effect, which will be a 40 percent nondeductible excise tax on employer-sponsored health coverage that provides high-cost benefits. To avoid that tax, ICUBA will "essentially become a one-plan consortium," Weinstein says.

Because edHEALTH was formed after the passage of the ACA, organizers of that consortium were able to prepare for the new regulations from the outset, avoiding significant impact. "Many of the rules of the ACA don't apply to self-insured plans," says Stephen P. Hannabury, executive vice president at Olin College of Engineering, Needham, Mass., and an early organizer of the group. "But we're paying attention to the law and starting to offer new plan options to help participants avoid the Cadillac tax."

Simplified compliance. The existence of the consortium simplifies member institutions' ability to comply with ACA regulations. "With the ACA, everybody has to have insurance, even part-time workers," Hassett says. "That could potentially be an increased cost, because schools now must offer insurance to employees who weren't eligible before. And edHEALTH is working with schools to provide that affordably by teaming up on administrative burdens."

One of the hot topics in health care right now is patient engagement, Weinstein says, as consumers who are more involved in their own health care are likely to make informed decisions and healthier choices, limiting their needs for health services. "Everybody needs to be engaged, but we are working to provide employees and their families with tools for engagement," he says.

Second opinions, culture changes. For instance, ICUBA is exploring new ways to encourage employee participants to seek out second opinions
to ensure that their diagnoses and treatment plans are correct. It is also considering a prescription drug program that will utilize pharmacists as change agents to help encourage employees to purchase generic drugs and participate in other cost-saving activities.

In 2017, ICUBA will roll out a telemedicine benefit, allowing employees to contact physicians remotely for a copay of $5. And to encourage every employee to utilize preventive care and wellness benefits, ICUBA will be introducing a new plan design known as a 0/5/10/20/30/300 plan, which represents different levels of copays for different types of services, Weinstein says. "These services are so important to contributing to health that they should cost nothing. So the copay is zero for wellness benefits such as allergy injections, well visits, preventive tests, and six visits to the Employee Assistance Plan [mental and emotional health clinic]," Weinstein says. Other types of visits require progressively higher co­pays, such as telemedicine, retail clinic visits, urgent care, emergency transportation, and emergency room visits.

edHEALTH actually got its start as a wellness and disease management effort, focused on helping participating institutions reduce the severity and number of health insurance claims by helping employees pay more attention to their health, Hannabury says. In 2010, the Boston Consortium for Higher Education launched "Healthy You," a wellness program with a disease management component, aiming to get higher education employees more engaged in their health in order to reduce health­care costs for the universities.

Eventually, the Boston Consortium handed over this program to edHEALTH, which now provides both the insurance collaborative and the wellness program to its members. And focusing on wellness does save money, Hassett says. Her former employer and one of the edHEALTH member universities, Worcester Polytechnic Institute (WPI), Worcester, Mass., implemented a diabetes disease management program as a result of the consortium's efforts. Because diabetes was among the most expensive conditions in the university's healthcare costs, WPI paid a specialist to come in and work with self-selected employees who had diabetes. Twelve people signed up to participate in the eight-week educational program, and by the end of the eight weeks, nearly half of them were able to stop taking insulin medication.

"People lost weight, created lasting new habits, and built a network with each other," says Hassett, who worked at WPI before joining edHEALTH. "Our work is not just about insurance; it's about how to reduce the increasing cost of insurance, and an important way to do that is by changing behaviors."

Health insurance consortia are reaping savings for their members by containing health­care costs and by simplifying administrative burdens. Following are some tactics and results.

edHEALTH found that by partnering with other institutions, its participating schools have been able to keep healthcare premiums low. While national health premium increases average about 7 percent to 9 percent annually, edHEALTH member increases have averaged 1.9 percent over the last two years, Hassett says. One edHEALTH participant has had three years of zero rate increases, and another is reducing rates by 2 percent in 2016.

In addition to lower premiums, many edHEALTH members have saved money by transitioning from fully-insured status to self-insurance. All of the claim-paying activity within edHEALTH takes place in each member institution's self-insurance pool. The working rates for each member school are based on its individual claims history and the level of risk that it wants to hold within the school. "There is no sharing of risk among schools in their self-insurance pools" Hannabury says.

Each month, members make a contribution to their claims fund. As the institutions' employees have health insurance claims, the administrators withdraw funds from the pool to cover those claims. In addition to the self-insurance pool, edHEALTH members also purchase stop-loss insurance from an edHEALTH-run captive insurer to cover potential claims that could go above their self-insurance limits. "If a college has a specific claim that exceeds its stop-loss attachment point, the captive will reimburse the college for the amount over the limit," Hannabury says.

edHEALTH also provides aggregate protection, which protects member institutions
from excessive costs of aggregated smaller claims. The aggregate limit is the maximum dollar amount available to pay insurance claims. If an institution's total claims for the year go over the limit, edHEALTH will cover the overage. "We have multiple layers of protection provided to each member," Hannabury says. "Each institution is on its own; we don't pool risk. If an institution has a bad claims year, it may need to add more funds to its self-insurance pool, but if it has a good claims year, the money stays in its account."

The profits that each institution used to pay to its full insurance plan providers are no longer an issue. "Most of our members came from fully insured healthcare programs and moved to self-insured when they joined edHEALTH, so there's an immediate savings," Hassett says. "With full insurance, any profits go to the provider, and with self-insurance, profits go to the member."

And while the edHEALTH institutions that previously worked with insurance brokers still have relationships with them, those relationships are on a fee-for-services basis directly with the broker/consultants. "Results in the captive organization have been so good that we're already considering distributing surpluses back to participants," Hannabury says.

ICUBA's greatest cost savings have come from helping its member institutions manage healthcare costs. For instance, the organization has negotiated with pharmacy benefit managers to keep the average cost of drugs at a guaranteed level. If the agreed-upon cost level is not achieved, the pharmacy benefit manager must provide reimbursement to ICUBA, which distributes the savings back to its members.

Another cost-saving benefit of ICUBA has been operating an active EAP (Employee
Assistance Plan), Weinstein says. The organization offers six EAP visits for no cost, and, at any time of the year, at least 10 percent of the plan participants are accessing the EAP. "The emotional well­being of an individual impacts his overall health," Weinstein says. "Financial stress, legal stress, and family stress all affect physical health. Because our EAP is bundled into premium costs and made available to all [participants], we are confident that employees and their families are finding stress relievers through their use of the EAP, which is helping them to use the plan more effectively. We've found that having an active EAP helps cut costs on other healthcare services."

For all the health insurance consortia, the key to success is cooperation. "In higher education, this isn't anything new; schools have been collaborating forever," Hassett says. "Individuals who work in higher education are smart people. The more brainpower we use together, the better off we’ll be.

The National Association of College and University Business Officers (NACUBO) is a membership organization representing more than 1,900 colleges and universities across the country.