Collaborating to Cut Costs in Higher Education: Can It Be Done? 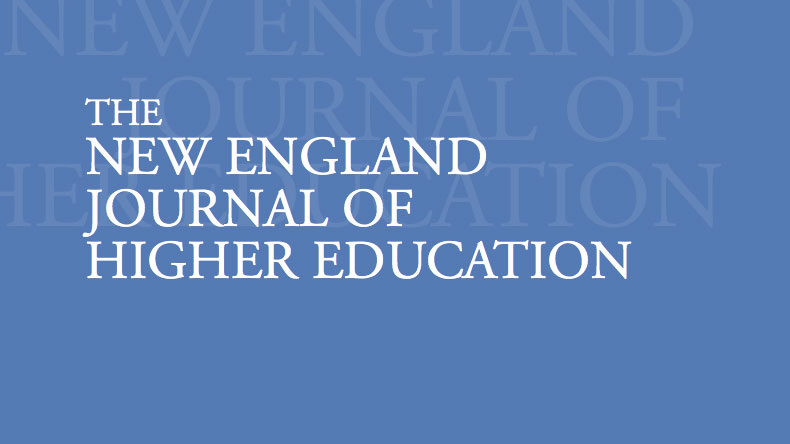 From the February 27, 2017 issue of the New England Board of Higher Education

Tuition prices at colleges and universities are high. On that, pretty much everyone—from parents to students to college administrators—can agree. It’s also true that salaries and benefits are the single biggest chunk of every higher education institution’s (HEI) budget. And one of the largest and most difficult costs to contain is group employee health insurance. In fact, health insurance represents on average 4% to 5% of the total operating budgets at most private HEIs in New England. The situation is particularly difficult for smaller New England HEIs because they don’t have the power to bargain with commercial insurers enjoyed by, say, MIT or Harvard. They are forced to fend for themselves in negotiating for benefit packages, whose costs—including all benefits paid for by the employer and employee—have increased on average 20% over the past five years.

Yet, colleges and universities are under increased scrutiny to create efficiencies and bring costs under control. Some institutions are doing that by hiring more part-time workers, to avoid the expense of offering a full-time benefits package. Others have begun limiting the number and kind of benefits packages they offer or passing along more of the cost to employees. Still others are trying something relatively new in higher education—collaborating on health insurance benefits.

Collaboration is not new to HEIs. The key benefit of collaboration is to shift risk away from a single HEI experimenting with a new approach and providing a broader proof of concept with less risk. In a report by the Davis Educational Foundation (DEF) in November 2012, there was widespread appreciation for the work of the educational consortia in New England—the Association of Vermont Independent Colleges, the Boston Consortium, Colleges of the Fenway, Five College Consortium, New Hampshire College and University Council, and the Higher Education Consortium of Central Massachusetts —for their efforts to increase collaboration, share faculty and staff, and reduce procurement, health and other insurance expenses and other common cost areas. It was suggested that future DEF grants should encourage more sharing and collaboration.

In the same report, “The cost of providing medical insurance was uniformly mentioned [by presidents of HEIs] as a growing concern. The increase in premiums continues to pressure already constrained operating budgets and there appears to be no end in sight.”

Thanks to a grant from the DEF and investment by 22 other institutions, the Collaborative Educational Ventures of New England (CEVoNE) was formed. Of those 22 institutions, six created a startup called Educators Health (edHEALTH), building on the collaboration model. edHEALTH currently comprises a dozen small and midsized education institutions, which own and govern the organization. Instead of reducing benefits and limiting plans, these institutions, which may be competing for students, are collaborating on controlling healthcare costs. The schools contract with traditional insurers for the administrative work, but instead of paying claims from a commercial insurer, they are paid out of pooled resources, thus spreading the risk.

edHEALTH is an independent organization with members who are also in the Boston Consortium, the Higher Education Consortium of Central Massachusetts, and the Association of Independent Colleges of Rhode Island.

There are some early metrics to suggest that in this particular case, the collaboration model seems to be working, although overcoming some initial skepticism from administrators wasn’t easy.

Due to the usual institutional aversion to change, many HEIs decided to take a wait-and-see approach until edHEALTH “proved” itself. In addition, several finance administration officials expressed serious concerns about taking on the financial risk of self-insuring their employee healthcare.

Health insurance impacts almost all employees and their families and is a significant recruiting tool. From the beginning, it was not easy to get new colleges to become members/owners. HR officials were particularly worried about any disruption their employees might see, such as having to change doctors, health plan designs, or increasing their share of health insurance premiums.

HR professionals were also concerned about losing control over plan designs and the ability to use their own independent broker/consultant and health insurance carriers. Not all brokers are supportive of their clients joining edHEALTH, as their own compensation may decrease. As a result, many brokers/consultants may not have the institutions’ best interest in mind as they consider and recommend alternatives to the rising cost of employee healthcare to prospective member institutions.

Our members have learned that as owners of the collaboration, they determine the plan designs. Furthermore, all the schools who joined edHEALTH with a broker/consultant have maintained the relationship with their individual brokers/consultants.

From a financial perspective, the average yearly premium rate increase for edHEALTH members from 2015 to 2017 was just 3.5% versus industry average increases of 6% to 9% per year. This has translated into savings of over $25 million in just three years for the HEIs and the employees. In fact, since edHEALTH’s inception, HEIs have retained $4.5 million in savings that would have otherwise ended up in the hands of insurance companies. Furthermore, edHEALTH paid the full $1.2 million back to all 22 of the CEVoNE members who invested $50,000 each to see edHEALTH come to fruition.

During this time when the future of the Affordable Care Act is in question, edHEALTH is an example of a collaborative and innovative effort taking shape. While collaboration takes time, there is strong evidence that it is necessary to bend the trend in the rising costs of and within higher education.